Earthquakes are the result of movements of the Earth’s tectonic plates. They can cause the destruction of buildings and the loss of human lives. The only effective protection against an excessive level of damage is earthquake-resistant construction. The consequences of earthquakes can be mitigated if teams of civil defence workers are well-prepared both at the level of the Republic and at that of local communities and municipalities, and if the inhabitants have received sufficient education about what to do in the case of an earthquake. In this case an immediate effective response to such events is possible. A professionally-designed basis and tools for the preparation of a national strategy for earthquake risk mitigation has been prepared at ZAG, as well as methodologies for the assessment of earthquake damage and the classification of the usability of buildings after such an event. Methods for the assessment of seismic vulnerability have been developed and applied to many individual buildings in Slovenia. ZAG’s experts have participated in damage assessment after all damaging earthquakes which have taken place in Slovenia over the last half century. The behaviour of buildings during earthquakes, as well as the effectiveness of different methods for structural repair and strengthening, has been the subject of many research activities at ZAG. 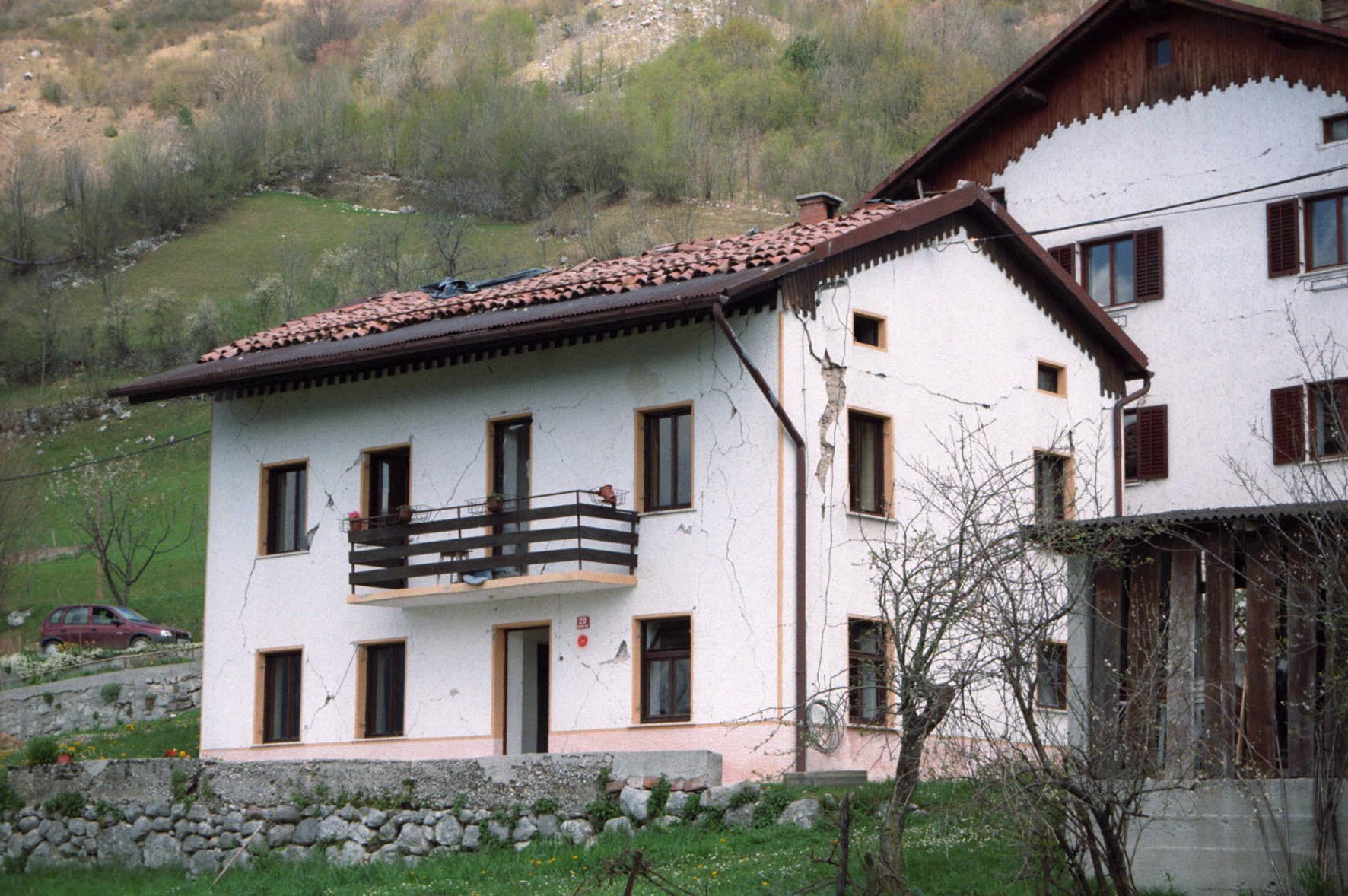 Effect of the Bovec earthquake of 12.4.1998 on buildings, people, and the environment

Analysis of the condition of buildings damaged by the earthquake of 12.7.2004 (in the Upper Soča Valley)

Ministry of the Environment and Spatial Planning, 2004

Review of design projects and third party surveillance of the repair and strengthening of buildings that were damaged by the earthquake of 12.7.2004

Ministry of the Environment and Spatial Planning, 2005 – on-going

Experimental research of the behaviour of elements and structures in the case of seismic loadings: cyclic shear tests of walls and model tests on the shaking-table

Seismic risk to buildings in the Municipality of Ljubljana

POTROG – Seismic risk in Slovenia for the needs of Civil Defence